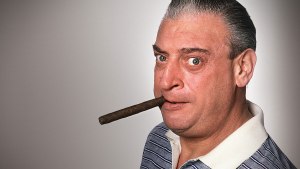 I’m talking about corncob pipes. Okay, maybe it’s wrong to say they get no respect. But they don’t get enough … not nearly enough.

Too often I’ve heard pipe smokers answer the question “How many pipes do you have” with “If you don’t count my cobs, I have N pipes.

Why would anyone think of not counting the cobs? They’re not second-class pipes!

No, I have not strayed off topic already. Newer pipe smokers often wonder if really expensive pipes smoke better than inexpensive pipes, such as Missouri Meerschaum corn cobs, Dr. Grabows, Kaywoodies, and Mr. Brogs. (Let’s not overlook excellent mid-range pipes, such as many Savinellis, Aldo Velanis, and Nordings.)

What we each need to ask ourselves is this: is the marginal increment in the superiority of a pricey pipe’s smoke, assuming it exists, likely to be worth the additional cost? The question is not, “Does the pricey pipe smoke better?” but rather, “Does it smoke that much better?”

This is a personal, subjective matter. No one can answer for you but yourself. Of course, you have to assess the future in order to answer the question. Unless you smoke the pricy pipe, how can you know? Unless someone lends you an unsmoked one, you have to guess. You can make something of an educated guess by asking others, but they would be relating their experiences, which may not be yours. An educated guess is still a guess.

Your personal circumstances are highly relevant. If you are as rich as Jeff Bezos, gambling on a Dunhill pipe may be no big deal (although it may be). If you earn the median income, it most likely will be a big deal. It is for me. Even if I were convinced that a Dunhill or some other very expensive pipe would smoke better than a cheap or moderately priced pipe, I still wouldn’t believe the difference between them would be worth the added expense. I, like you, face opportunity costs: what else could I spend the extra money on? Tobacco perhaps.

But that’s me. Nevertheless, we would all benefit from approaching such questions in marginal and opportunity-cost terms — that is the economic way of thinking.