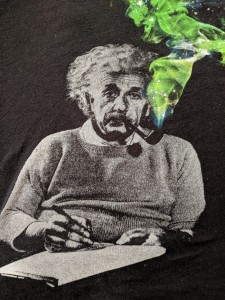 From early on, we pipe smokers hear of many rules that we are told to observe strictly to improve our smoking experience. Unfortunately, “rules” picked up from mentors, friends, tobacconists, and online pipe smokers too readily get hardened into stone-engraved commandments never to be questioned. I say this is unfortunate because, although some of these rules are reasonable guidelines, others turn out to be dogmas with scant basis in reality.

The ultimate test, of course, is what works for you and your style of smoking. Guidelines can be useful to the new smoker, and even a grizzled veteran can learn new tricks — as I often do after half a century of puffing.

One “rule” that I never thought to question until recently is the one that says briar pipes must be rested at least 24 hours between smokes, preferably longer. I lived by this rule religiously — and then I heard from long-experienced and thoughtful smokers who have never lived by that rule. They will smoke one pipe repeatedly all day — then let it rest a few days or a week so that it can dry out. I never would have thought to smoke the same briar more than once in a day. I still largely smoke according to this guideline because I like variety, but it’s nice to know that I don’t have to. (Of course, corncobs, meerschaums, and clays need no rest.)

I know an experienced smoker, a man who takes very good care of his pipes, who smokes a pipe he is breaking in several times a day. My friend also flouts another “rule”: the one that says you must smoke only partial bowls — one-third for the first few smokes, then one-half for the next few — when first breaking in a new pipe. My friend smokes full bowls from the get-go. The main thing, he says, is to smoke those early bowls all the way to the bottom in order to start forming a complete cake right away. He says the partial-bowl advice is really just a way to make sure that smokers work on the bottom cake from the first smoke; if they start by smoking full bowls, they might not get to the bottom during those initial smokes. In other words, if you know you’ll smoke to the bottom, then fill the bowl. If you think you may not, smoke a half or a third.

Another “rule” is that pipes ought to be dedicated to a particular type of blend: English (despite the lack of complete agreement on exactly what that is), straight Virginias, Virginia/periques (Vapers), aromatics, burleys, etc. Some smokers dedicate each of their pipes to specific blends, though I don’t know any smokers personally who do this. I see no reason not to smoke Escudo in a pipe that I’ve used previously for Dunhill Elizabethan Mixture or McClelland Virginia Perique Flake (2015). But then, as I’ve said previously, I routine smoke Cornell & Diehl Haunted Bookshop (burley and perique) in the same pipes I use for Dunhill My Mixture 965 (Virginia, latakia, Oriental, and cavendish), etc. The feared ghosting, for me, is too faint to make me want to bother with dedication. Besides, I don’t mind a ghostly reminder of latakia when I smoke a Vaper, or perique when I smoke an English that contains no perique. I don’t even mind the ghost of C&D Autumn Evening’s maple flavor when I smoke a straight Virginia or anything else. But that’s me — an unrefined palate might be as much a gift as a curse. Your mileage may vary, and you should go with what you like. Just be aware that lightning won’t strike you if you say the heck with that “rule.”

Meerschaum pipes come with lots of so-called rules, but some experienced meerschaum devotees flout them all the time. According to them, you can handle a warn meerschaum gloveless on its first smoke without ruining its appearance. That’s been my experience too. Bremen Pipe Smoker, who has an excellent YouTube channel, smokes his meerschaums in 20-degree weather without a problem, though others will insist that’s a good way to crack your pipe. I’ve not tried this, but it’s good to know about Bremen Pipe Smoker’s experience.

Lots of pipe smokers have rules about packing their pipes that they wouldn’t dream of violating. The three-pinch method, in which each layer is tamped more firmly, is often recommended. But other long-time smokers seem to enjoy their smokes no matter how haphazardly they load up. I favor something like the Frank method, which emphasizes letting gravity do the work with no tamping during loading; with this method the smoker does not insert a finger into the bowl while loading. I like this method because I have come to prefer almost no resistance in the draw. And that’s really the point: decide what kind of draw you like, and then load in any what that produces that draw.

Some rules really ought to be observed. One that comes to mind is the one that says you should not remove the stem from a warm pipe’s shank because the two pieces might not fit properly afterward. Heat makes materials expand, so caution here seems well-grounded. But the rule apparently does not apply to pipes with a military mount.

My only advice is to use your common sense. If a rule seems unnecessary, don’t feel bound by it. Ask questions of experienced smokers, and then do whatever produces a flavorful and satisfying smoke.

On the Dec. 19  edition of The Pipes Magazine Radio Show, host Brian Levine and guest co-host Shane Ireland of Smokingpipes.com agreed that wide-bowl pipes, such as pots, mellow out a tobacco blend. Their advice, then, was to use such pipes for stout blends and use narrower pipes for milder blends. The logic is that if you smoke a mild blend in a wide pipe, you may find it too mild, and if you smoke a stout blend in a narrow pipe, it might knock your socks off.

That made sense. I had not paid much attention to the effect of pipe diameter on the smoke. So I tried an experiment. I smoked Haunted Bookshop, which I find stout and nicotine-heavy, in a pot (an old Kaywoodie). I’ve been smoking HB in small bowls and have had some success in taming it, enjoying the richness while minimizing the nic kick. I hoped that smoking it in a pot would mellow it still more.

Boy, I was wrong! I enjoyed the rich flavor, but I got kicked in the you-know-what by the nicotine. Luckily, it was the last smoke of the night and I was ready for bed.

I plan to keep experimenting, but I’d like to hear other smokers’ experiences. Leave comments below.

UPDATE 1: Brian wrote me privately to suggest that with a high-nic blend, I should fill the pot to only about the two-thirds mark. The idea here is to get the smoother smoke from the larger surface but without so much nicotine. I tried this with Pegasus, a pretty stout and nic-heavy (for me) C&D burley blend. The results were good. Next, I’ll try Haunted Bookshop that way. We’ll see what happens.

UPDATE 2: Things are looking good. I smoked Haunted Bookshop, two-thirds of a bowl, in my father’s old GBD Granitan 9442 pot — a particularly squat form of the shape — with undiminished pleasure. I had no nic-hit from HB. This is great news indeed!

UPDATE 3: Things are not entirely smooth. I’m still getting nic-hits from the stout burley blends and even some vapers (Dunhill Navy Rolls, for instance). Brian suggested drinking lots of water during the smoke, which has definitely helped with Haunted Bookshop and Pegasus. Stay tuned.

I may be generalizing unjustifiably from my own experience, but I have a sense that newer pipe smokers lean toward medium and large bowls in their choice of pipes. If I’m right, I want to say a good word for small bowls.

Smaller pipes have the virtue of allowing you to avoid palate fatigue or simply monotony. Short-and-sweet has its payoffs. Often, less is more. As they say in show biz: always leave them wanting more.

So don’t pass up small pipes merely because of their size. You can always reload if you find yourself unsatiated, or you can switch tobaccos for variety.

The longer I smoke the more I appreciate the need to pack loose and tamp gently. I find that these are two keys to a pleasant experience. Newer pipe smokers seem to pack too tight and to maintain the tight pack by tamping with too much force. I think that’s why so many beginners give up before giving the hobby a chance.

Smokers use several packing methods. You can find many tips by Googling or by watching YouTube videos. I’ll discuss some methods eventually, but for now I simply want to emphasize the importance of packing loose. I’ve gotten to the point where I want no resistance in the draw. Some smokers say the resistance should be like drawing soda through a straw — they all say avoid anything like the resistance you get from a milkshake. But I find even soda resistance too much. I basically want none at all.

If I pack too tight I will find myself puffing with too much effort. This is no fun because pipe smoking is about relaxing. I will also have trouble keeping the pipe lit — also no fun.

It follows from this that I don’t tamp too much or too hard. All I want to do by tamping is to lower the ash back in touch with the unburnt tobacco after it has risen. I try not to use any more force than what gravity provides. Let nature do the work. I also let gravity do most of the work when I pack.

Remember, you can always tamp, but it’s hard to untamp. Err on the gentle side.

Give this a try — you’ll know if you’ve packed too loose — and see what you think.